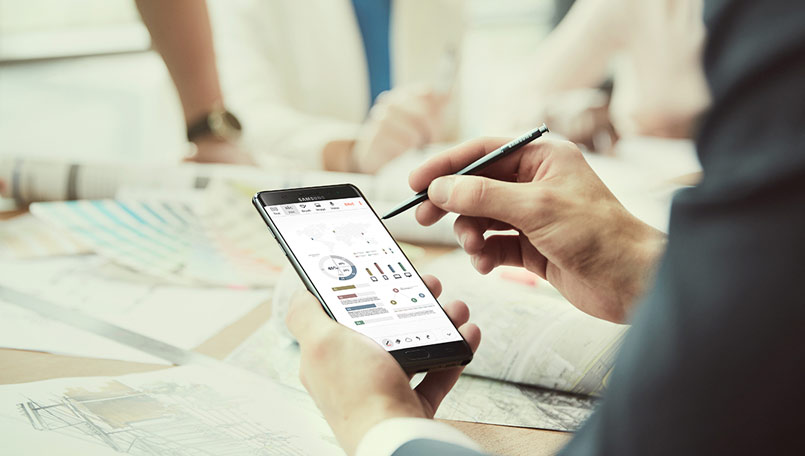 Ahead of the Samsung Galaxy Note7 global launch event, we came across leaked screenshots revealing display resolution switch option to help conserve battery life in process. While the feature wasn’t discussed during the keynote, it is present in the phablet, as a part of Power Saving Mode. The mode aims to save battery by reducing the screen resolution to full HD (1080p) or HD (720p).

The Power Saving Mode on the Galaxy Note7 has three setting levels – off, mid and max, SamMobile reports. When the mode is set to ‘off,’ there will be no restrictions on the phablet, thus allowing the best of networking, computing and viewing experience in QHD (1440x2560pixels) resolution.

RECOMMENDED : 5 things you can do on the Galaxy Note 7 that you can’t on many other smartphones

When set to ‘mid,’ the mode will limit power consumption and also reduce the resolution from QHD to full HD. It will also reduce the display brightness, turn of system animations and lower performance levels. While how much impact it will add on the performance is unknown, intense operations such as gaming might take a hit, as it may run at lower frame rates.

Lastly, there is the ‘max’ mode, which will reduce the display resolution from QHD to HD. It will also lower performance limits, display brightness by 80 percent and disable background network usage, GPS and Wi-Fi to conserve even more battery. According to Samsung, the Power Saving Mode in the Galaxy Note7 could help users to extent battery life by op to 35 hours. These settings could be highly appreciated by users as it will not only let them tweak profiles, but also help save on the battery life when needed the most.

The Galaxy Note7 sports a 5.7-inch QHD super AMOLED dual edge curved display. To keep scratches at bay, it is covered with Corning Gorilla Glass 5 protection. At the heart of the Galaxy Note7 is Samsung’s homebrew 64-bit Exynos 8890 octa-core processor paired with paired with 4GB of RAM, 64GB onboard storage and a microSD card slot with support up to 256GB. Some region specific variants will be powered by Qualcomm’s Snapdragon 820 quad-processor.

The Galaxy Note7 is water and dust resistance with IP68 certification, features an ‘always on’ display, which also allows you to take notes when screen is turned off, and a heart rate sensor. The S-Pen stylus is also water resistant and now comes with new Air Command functions such as magnification, text translate and quickly memos. The Samsung Galaxy Note7 runs on Android 6.0.1 Marshmallow, wrapped under TouchWiz UI, and an update to Android Nougat 7.0 is expected after Google officially announces it.