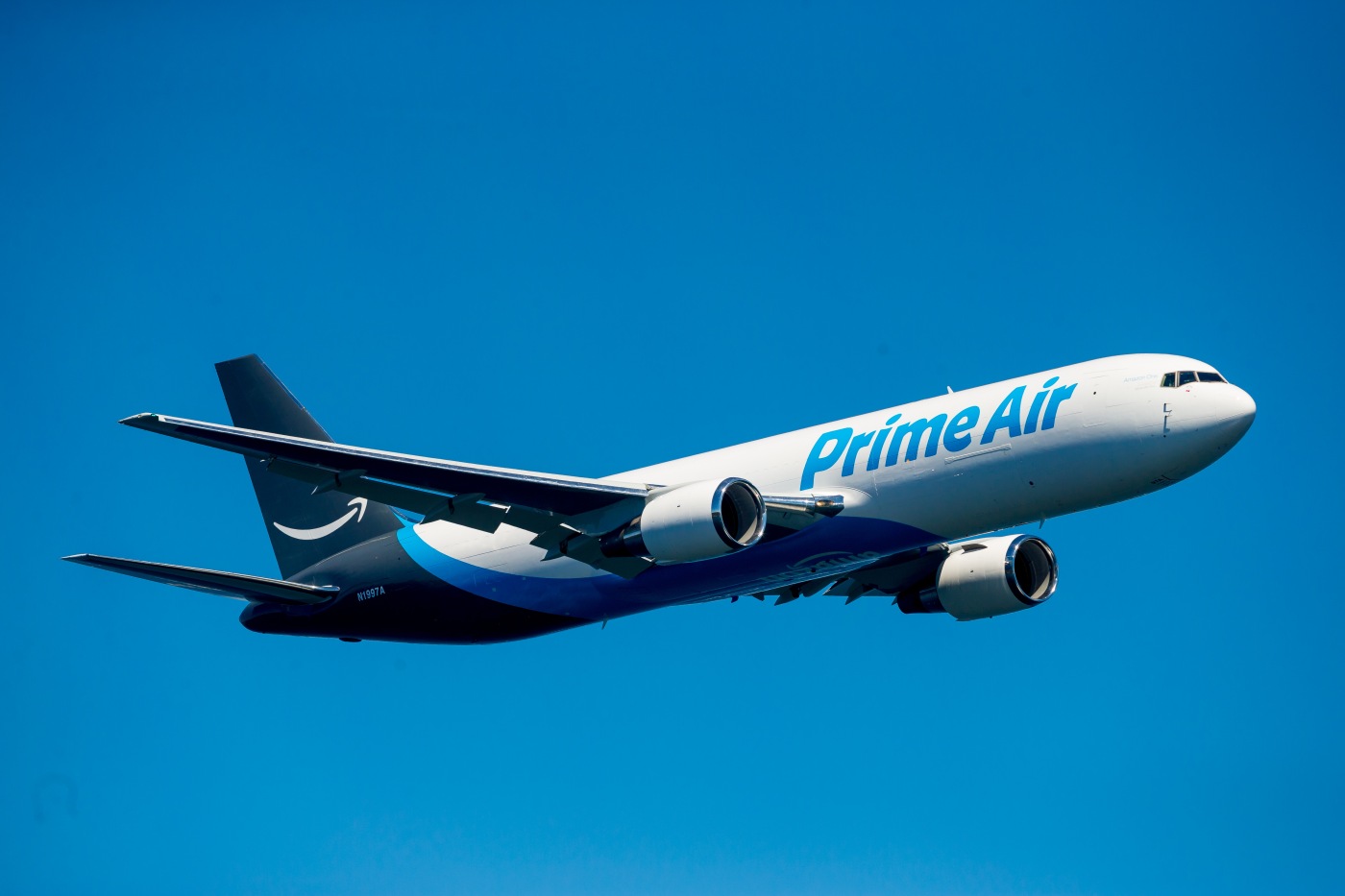 It’s not a drone, but for now, Amazon is relying on the next best thing to make sure customers get their packages on time.

The e-retailer showed off its first-ever branded airplane Friday at the Seafair Air Show in Seattle. Dubbed “Amazon One,” the Boeing 767 is one of 40 cargo airplanes in a fleet Amazon is leasing to help serve its Amazon Prime members who get free two-day shipping on many of the retailer’s items.

Amazon is shipping enough packages across the U.S. that it is starting to need its own planes. Now we know what they look like.

At a media event Thursday, Aug. 4, in Seattle, Amazon took the wraps off its first “Prime Air” branded plane, a Boeing 767 owned by Atlas Air that has been converted into a freighter. Amazon announced deals with two aircraft leasing companies — Atlas, and another called Air Transport Services Group, or ATSG — earlier this year to fly as many as 40 dedicated cargo planes over the next two years. Eleven are already in operation; this is the first one that’s been painted.

The idea is to provide Amazon enough shipping capacity for peak periods and flexibility for normal operations as its Prime business grows, Amazon’s Senior Vice President of Operations Dave Clark said in an interview.

“Creating an air transportation network is expanding our capacity to ensure great delivery speeds for our Prime members for years to come,” Dave Clark, Amazon’s senior vice president of worldwide operations said in a statement.

The fleet is Amazon’s first major step in building its air delivery network. The company has been privately testing delivery drones but has to adhere to federal restrictions, including not flying at night and ensuring the vehicle never flies out of the operator’s line of sight.

Amazon CEO Jeff Bezos has said he envisions drone delivery one day becoming as common as seeing a mail truck.