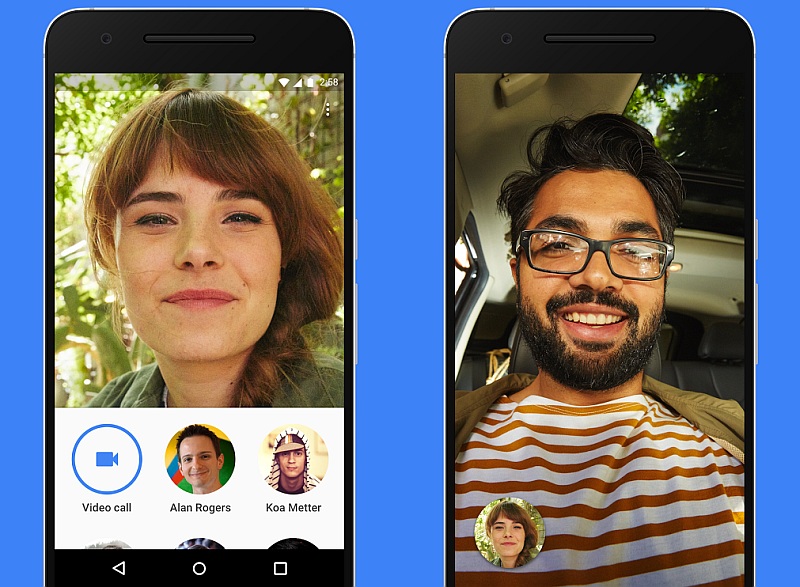 Google Duo has been out for Android and iOS for only a few hours now and I have already had a few discussions about it. I know it sounds really great but now having used the app for a while and also being pointed out by some unknown online friends, all I can say is all those reviews out there claiming it can be a rival to FaceTime, could not be more wrong. Here’s why :

Google Duo is simple, a fact that cannot be stressed enough. It’s like a good looking skeleton of an app, and that is touted to be working for it. But is it really a reason enough to migrate from whatever app you’re already using? I mean the best feature Duo has is ‘Knock Knock‘ and that’s about the only ‘feature’ it has and it works only on Android. On iPhones, if you’re not in the app already, which will be practically almost every time since it has nothing else to engage users, Knock Knock doesn’t work. So that knocks out that one and only special feature Duo had for potential iPhone users. That’s about 20-22% users already lost.

Related : Google Duo out in many countries : All you need to know to get started, and then some

Now, its safe to assume if someone has an iPhone, they’re most probably not that big of a Google fan to download and use Duo anyways, even if it offers absolutely nothing.

On the android side, sure, Knock Knock works but other than being a little fun feature at the beginning that you probably will disable later, why would you switch from let’s say Skype? or even Hangouts for that matter?

Let’s say you are a hardcore Google fan and you want to use Duo just because Google wants you to, even then, the app is tied to your phone number, and phone number only. That immediately kills off almost half of your remaining users. Admittedly, this hasn’t stopped WhatsApp from taking over the world, but there’s also no web-based version of Duo or other fun features like stickers, group chats, AR overlays (or anything else really) to convince your friends to get on board.

What’s a video calling app that you can’t use on your PC or tablet? Duo! Duo doesn’t give you enough reasons to be able to convince your friends on android to switch to duo let alone friends with iPhones who wouldn’t even have that one cool feature Google so proudly advertised.

Google has had months to develop Duo and this is what they came up with. Given they claim that Duo has a better call quality and call drops will be a thing of the past, that it works better even on slower connections, the lack of tablet and PC support is just unacceptable for an app specifically designed for video calls.

While I don’t see Duo gathering the mass usage Google intends (unless the aforementioned issues are addressed), it can successfully carve out a niche for itself like Hangouts and Google+ if it can deliver on Google’s promises of better calls. Duo reminds me of that video calling app they made in the TV show ‘Silicon Valley’, but it was a TV show Google, plus their app was miles better on the quality terms than the competition. Duo, simple isn’t good enough to make people look past all that it lacks.

Thinking about it more, I have realized how taking duo’s Phone Number concept and adding it to hangouts would have been a much better bet. Consider Skype for example, it has been suffering from terrible connection quality for as long as I remember using it and people still use it. Now strip skype of all it’s other fun features but for video calls, will those users stick? I doubt it. Google Duo does one thing and it can’t even do that on multiple devices.

I think we have established here that most of us wouldn’t probably be switching to Duo anytime soon at least. But are you someone willing to forego more established and widely used apps such as Skype or Facebook messenger? It will be interesting to know our point of view so do let me know.

7 thoughts on “Google Duo : Where it fails”