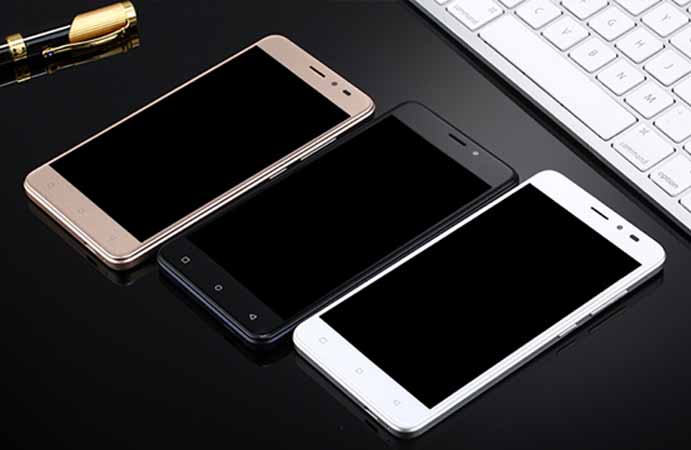 Affordable smartphones are a huge part of the current smartphone market and currently have a much fiercer competition than the high-end segment which seems to have rather stagnated between Samsung and Apple.

With various local manufacturers in every region and especially the Chinese manufacturers which are growing into the international markets with a flood storm of devices, the competition is fiercer than ever and no big brands seem to be able to compete in this segment.

One among these affordable smartphones which attracted a lot of attention was the Freedom 251 (review) and while its still unclear how many orders have been shipped with the company claiming to have shipped more than 5000 units and blah blah, there’s a competitor to the $4 smartphone that has just been unveiled in India. The $8 smartphone.

Earlier Freedom 251 was the cheapest phone which was priced at ₹251 but now the market has become more competitive as ChampOne will soon be launching ChampOne C1, a 4G smartphone at ₹501 ($8).

Fun Fact : Adding one rupee to any donation or money you lend is considered a lucky gesture in the Indian culture and it’s a possible reason for the odd prices of these smartphones at 250+1 and 500+1. And at these prices its basically a donation for which they are gifting you a smartphone.

Going deep inside the company data, Champone Communications India Private Limited has been incorporated on 27th May 2016, which means the company is only three months old.

The company is certified company with MCA India with an identification number (CIN) of “U52599RJ2016PTC055084” and is registered as a non-government company. The company email address according to the MCA database is csmeghajain13@gmail.com while the registered address is “M-3, KASTURI PLAZA, CHOPASNI ROAD, BOMBAY MOTOR CIRCLE, JODHPUR Jodhpur RJ-342008 India”.

ALSO READ : How much longer can Niantic enjoy the initial success in the name of Pokemon?

Going further into the company’s details we found that the business had been registered by two directors, i.e. Amit Mathur and Naveen Gehlot. The company has been registered with the Authorised Capital and Paid-up Capital of ₹11,00,000.(~$16383)

Leaving behind the company’s details, let us share some information about the upcoming ChampOne C1 smartphone. The phone is packed with 1.3 GHz MediaTek MT6735 Quad Core processor, 2GB of RAM and 16GB of internal storage. It will come with 5.0-inch HD IPS display with bright colours. It sports an 8MP primary camera accompanied with 5.0 MP front-facing camera.

If Freedom 251 sounded too good to be true with it’s mediocre specs, this doesn’t even sound true but supposedly it is.

The first flash sale for ChampOne C1 will begin on 2nd September, and you can register for the same via their official website, www.champ1india.com. The phone will be available in three colours, i.e. White, Silver and Gold. It is packed with 2500 mAh battery. The most attractive features of ChampOne C1 are 4G network support and fingerprint sensors.

As to if this is another attention grabbing scheme or a genuine smartphone sale.. we can’t say anything yet (but it smells like a scam at least for now) but Freedom 251 has surely left everyone a bit skeptical. We will keep a track of this one, lets see if they can ship more than 5000 units after promising 200,000.

What do you think? Should we already judge this company that just sprung up 3 months ago based on our experiences with Freedom 251? Or are you hopeful?