Sony has finally unveiled the Xperia XZ and Xperia X compact. We had reported about the leaked press photos just a few hours ago and here we are yet again, like we promised with the details about Sony’s nexts. At IFA 2016, Sony announced the Xperia XZ, which is being called the true flagship of its new X series of smartphones. The company also announced a new smaller handset, the Xperia X compact. Combining preferred aspects of both the X and the Z smartphone lines, the XZ flagship banks on power and an advanced camera to woo customers. Get the Xperia XZ wallpapers from here.

The Xperia XZ has a 5.2 inch Full-HD screen and a body which is similar to the Xperia X and Z5 which went before it, but here its edges are curved to help make the phone more comfortable to hold. The edges have what Sony calls a “loop surface:” the top and bottom edges resemble long, flat ovals, while the rounded sides bulge out just slightly. 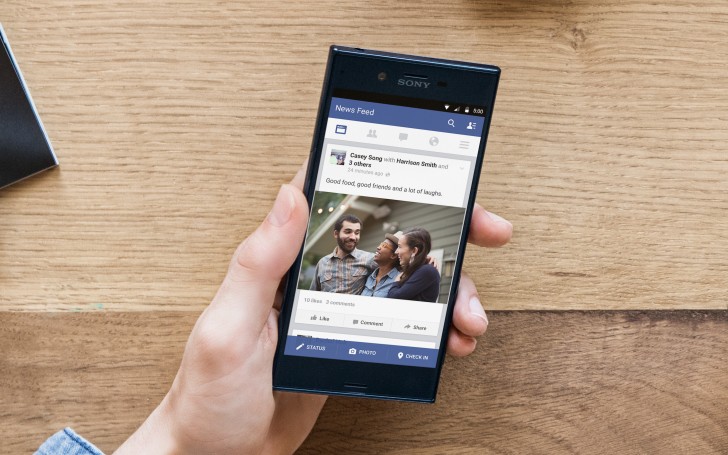 Sony claims the XZ’s rear camera is one of the very best in the business which is a step down from their claims of the best camera on a smartphone almost every year. It has a 23-megapixel sensor and a new ‘laser’ infrared focus which helps the camera to focus and shoot more quickly, especially in low light. The XZ’s camera is claimed to go from standby to capturing a picture in 0.6 seconds.

Sony developed a new IMX300 sensor for the XZ and X Compact. Now the camera uses color detection, phase detection, and laser-assist to measure distance correctly and track intelligently moving objects. This setup is called Triple Image Sensing and should provide always accurate focus for your images and videos. The camera does not feature optical image stabilization – Sony is still on the fence about that. Instead Sony focused on its SteadyShot Intelligent Active Mode which now uses 5-axis gyroscope measurements (accounting for angle, roll, and shift shakes) to stabilize pictures and videos. This mode was also present within the Xperia X and X Performance but it lacked adjustments for shift shake.

The RGB sensor helps accurately white balance photos so colors come out more true to life, leaving behind any overly warm or cool hues. Sony even improved its hybrid autofocus by giving the XZ the laser autofocus previously mentioned, which uses laser technology to glean how far away a photo’s subject is in order to properly focus and reduce blur. The XZ can shoot 4K video and the front-facing camera has a 13MP sensor and an improved noise reduction thanks to pixel thinning.

Inside, the Xperia XZ is powered by a Snapdragon 820 processor with 3GB of RAM and either 32 of 64GB of expandable storage. Needless to say there is a fingerprint scanner on the power button. Finally, the XZ is powered by a 2,900 mAh battery – a small upgrade over the X Performance. It is capable of Quick Charge 3.0 but it’s not clear whether the quick charger will be supplied.

Speaking of the battery, Sony has stopped claiming its phone can manage two days of use. Instead, it has switched tactics to focus on the health of the battery by claiming the XZ and X Compact employ a system which charges to 90%, then only completes the last 10% just before it is unplugged. The phones work this out based on your daily use habits. Say you unplug your phone at 7am every morning; the battery will stick at 90% until just before 7am, before filling to 100% when you wake up. There’s also a Sony app called Smart Cleaner that gives you tips on how to more efficiently use your smartphone in order to maximize speed, performance, and battery life. Sony says that this can extend your phone’s battery life by a year down the line.

The two biggest features that set the Xperia XZ apart from the $699 Xperia X Performance are its slightly larger battery and advanced camera and some minor differences such as USB Type-C charging port (the X Performance uses microUSB). The Xperia XZ will launch in early October in Mineral Black, Forest Blue, and Platinum. Considering the X Performance was blasé at best, it’s going to be hard to justify an even higher price tag for a handset that’s not incredibly different.

The Xperia X Compact may share some DNA with the XZ, but it is not a smaller version of the latest flagship. It’s exactly what the name suggests – a Compact flavor of the Xperia X.

This phone meshes its small size with kind of flagship specifications and performance. It has a 4.6-inch HD 720p display just as the Z1 compact from 2014 and a maximum of 32GB of flash storage with the option to expand via microSD. It has the same 3GB of RAM as the XZ and uses a USB Type-C port to charge. It will also be available in Sony’s color of the season—blue—but in a more icy hue than the forest blue of the XZ. Because it’s made from cheaper materials, the Compact is not water-resistant.

There is a Snapdragon 650 processor as was with the Xperia X but with 3GB of RAM and 32GB of storage, the same 23MP rear camera as the XZ, the same USB Type-C charging port, the same fingerprint scanner and the same charging technology as the XZ, although at 2,700mAh the battery is slightly smaller. Luckily, Sony decided to opt for the new looped design it chose for the Xperia XZ and it suits this smaller fella even better.

Aside from the screen and the processor, the only real negatives for the compact are a lack of waterproofing, and how the front-facing camera is just 5MP, way down on the XZ’s 13.
Compact phones was what Sony could’ve really been proud of because they used to do it the best. Though yes, the X compact is definitely a compact X but we were hoping it to be a compact version of the XZ.

The Xperia X Compact will be available in the US on September 25, while the Xperia XZ will come to the States on October 23.

As we’ve said before, there is nothing that makes these phones stand out except that they look spectacular and it seems like Sony have even stopped trying. This is a rather sad attempt not much different than the HTC A9s.

Their plans seem to sell these products on brand value and as a well crafted piece of technology than anything else and the various fun but useless AR camera gimmicks included with the camera software. For all we know, if history has proven anything, it is that Sony’s tall camera claims don’t really turnout as real world performance.

Sony fans have all the reasons to be disappointed. Except the design for which Sony deserves the accolades. 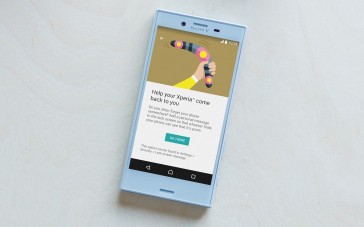 7 thoughts on “Xperia X Compact and XZ announced at IFA : banking on photo tricks for sale”