Nobody wants an exploding smartphone—not as a gag gift, and certainly not as one’s primary device. And that makes Samsung’s recent, giant recall of the Samsung Galaxy Note 7 especially troubling from a marketing perspective.

The recall of the Note 7 is a blemish on Samsung’s so far very successful 2016, and certainly takes some momentum away from the company at a time when it needs it the most. Apple, Samsung’s largest competitor, will be announcing a new iPhone next week, and it will likely be available for purchase shortly afterwards. If Samsung isn’t able to get the Note 7 back on shelves quickly, it could lose a lot of sales to Apple’s new iPhone. 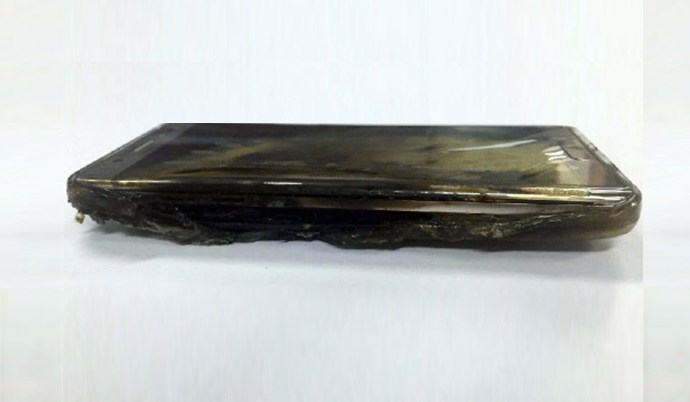 After Friday’s announcement, which Samsung made after receiving 35 reports of Galaxy Note 7 explosions or fires (as of September 1), plenty of people will be trading in their phablets for a new device. Reports began circulating on social media during the week that the phone was catching fire when charging. Samsung would not confirm if the problems happened while the phones were charging or during normal use.

What’s unclear is just how many people are going to give up their Note 7 smartphones and move to another manufacturer’s device. “While there have been only a small number of reported incidents, Samsung is taking great care to provide customers with the support they need. “For customers, who have Galaxy Note 7 devices, Samsung will voluntarily replace their current device with a new one from today,” reads a statement from Samsung.

You’ll want to take advantage of Samsung’s recall for safety reasons, but Samsung is also sweetening the deal a little bit just in case the recall has affected your decision to use a Galaxy Note 7.

As Recode reports, if you stick with a Samsung smartphone instead of asking for a refund for your phablet or switching to another manufacturer’s device, Samsung will give you a $25 credit for your loyalty.

The reward will come in the form of a gift card or credit to your phone bill. Also, if you drop down to a less-expensive smartphone like the Galaxy S7 or Galaxy S7 Edge, Samsung will credit you the difference between your new device and your turned-in phablet.

That said, various U.S. carriers are also giving those affected by the recall some unique deals of their own. If you’re on Verizon, you’ll be able to return your device until September 30 without having to pay any restocking fee.

Galaxy Note 7 owners on Sprint will be able to turn in their devices and receive a loaner smartphone until sales of the Note 7 resume. T-Mobile will give Note 7 owners refunds for the smartphone and any accessories they purchased for it, and it’s also waving shipping and restocking fees for the return.

If you received a free year of Netflix as part of a T-Mobile promotion when initially ordering the Galaxy Note 7, you’ll be able to keep it even if you exchange your smartphone for something else.