Earlier this week, the founder of WikiLeaks Julian Assange announced that he will soon start leaking sensitive documents which will expose various shady practices Google is allegedly involved in. The Australian national revealed that sensitive documents will be published on a weekly basis all the way until the US presidential elections which are slated for November 8th. Granted, a lot of the upcoming documents are supposed to be uncovering corrupt practices in the oil and weapons industry, as well as the Democratic National Committee in the US but during his announcement, Assange still found time to mention Google specifically when talking about corrupt entities that WikiLeaks will now supposedly expose.

Eric Schmidt, former CEO of Google and its current chairman seems to be the lynchpin in Assange’s new master plan. In an excerpt from his 2014 book ‘When Google Met Wikileaks,’ Assange accuses Schmidt of having ties to the State Department when Hillary Clinton was Secretary of State and working closely with her campaign. 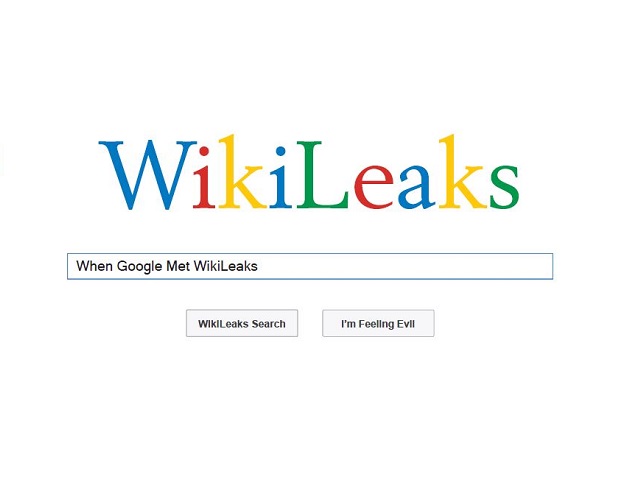 A passage from the book reads:

Nobody wants to acknowledge that Google has grown big and bad. But it has. Schmidt’s tenure as CEO saw Google integrate with the shadiest of U.S. power structures as it expanded into a geographically invasive megacorporation.

WikiLeaks was then implicated in cable and email leaks that revealed some Google employees were linked to operations in Iran and Afghanistan. The purported intersection of the corporate internet superpower with the U.S. government represented the perfect storm for Assange, according to Recode. These meetings were purportedly to assist US government interests.

These leaks never seemed to affect Google, as the company continued to grow bigger and more powerful in the years to follow.

Seemingly forgotten, the anti-Google feelings have since reemerged.

Given Assange’s beef with Google isn’t purely ideological, but ideology certainly plays a big part in his dislike for the Mountain View-based tech giant. The Australian national who’s currently living in the Ecuadorian embassy in London has been supporting the idea of a decentralized Internet for quite a while now so it isn’t hard to see why he would be opposed to the very idea of an omnipresent Internet company like Google.

There’s also the fact that the company has allegedly violated the privacy of three of WikiLeaks staffers by giving their private information to the US government as a part of an undisclosed investigation into WikiLeaks in 2012 and then took three whole years to notify them that their privacy has been violated.