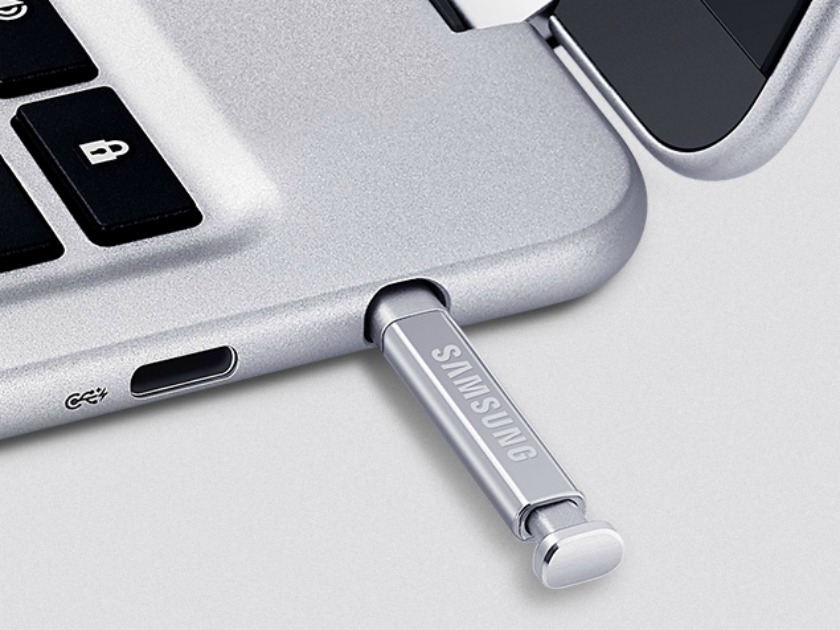 Samsung has quietly listed a new Chromebook on its Korean website. Dubbed Chromebook Pro, it features a 12.3-inch touchscreen display (3:2 aspect ratio) with 400 nits brightness and a resolution of 2400 x 1600 pixels. It uses a 360-degree hinge and comes with a stylus. Samsung is not calling the stylus an S Pen, though. It’s now just called a PEN. Yes, in all caps, so you know its a big deal. Although, it looks exactly like the S-Pen from the now dead Galaxy Note 7 (which more than 1 million die-hards are still using) . Perhaps they had leftovers since the Note 7 production had to be stopped?

Its a transformer laptop -a fact highlighted by the 360 degree hinge mentioned above- meaning it can be folded and used as a heavy tablet if you so choose to. But that’s just one of the things that makes the Samsung Chromebook Pro unusual. It may also be one of the first Chromebooks to feature support for digital pen input, and the convertible tablet is surprisingly compact for a model with a 12.3 inch screen: it measures 11″ x 8.7″ x 0.55″ (13.9mm thickness) and weighs just 1.08kg (2.38 pounds). 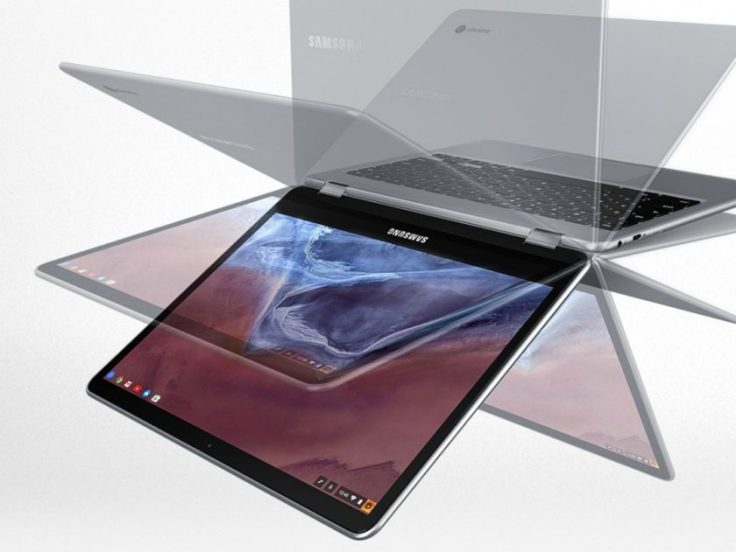 The convertible laptop has an all-metal body, a touchscreen with edge-to-edge glass, and a display with 234 pixels per inch, 4GB of RAM, 32GB of eMMC storage, 802.11ac WiFi, Bluetooth, and a webcam. It also has an unspecified 2GHz hexa-core ARMv8 processor with two ARM Cortex-A72 CPU cores and four ARM Cortex-A54 CPU cores. The chiclet-style keyboard on the laptop has curved keycaps and there’s an inbuilt slot to store the PEN.

Samsung’s promotional materials say the laptop should get up to 10 hours of battery life on a charge. And while the battery is not designed to be user replaceable, Samsung says its “Battery Life Extender” feature should mean the battery will still be good for up to 7 hours of usage at a stretch after 3 years.

Oh, there’s one other thing that makes the Samsung Chromebook Pro stand out: it’s one of the first Chromebooks I’m aware of that will ship with bloatware. Promotional materials say “a range of exciting software comes pre-loaded,” with no mention of whether you can easily un-load it. On the bright side, you also get a one-year, ad-free subscription to AirDroid, which is a pretty useful service for interacting with an Android device through a PC, or in this case, a web browser.

You can pre-order the laptop now on Adorama for $499 and an official Samsung announcement should be coming soon (-ish). While Adorama doesn’t show any information regarding the shipping date, B&H also had a product page for the laptop. That page has been taken down, but when it was up it showed an estimated ship date of October 24th.  There’s no way to know if that’s accurate.

Thoughts on the Samsung Chromebook Pro? How useful do you think an S. … err. .. a PEN can be on a Chromebook?