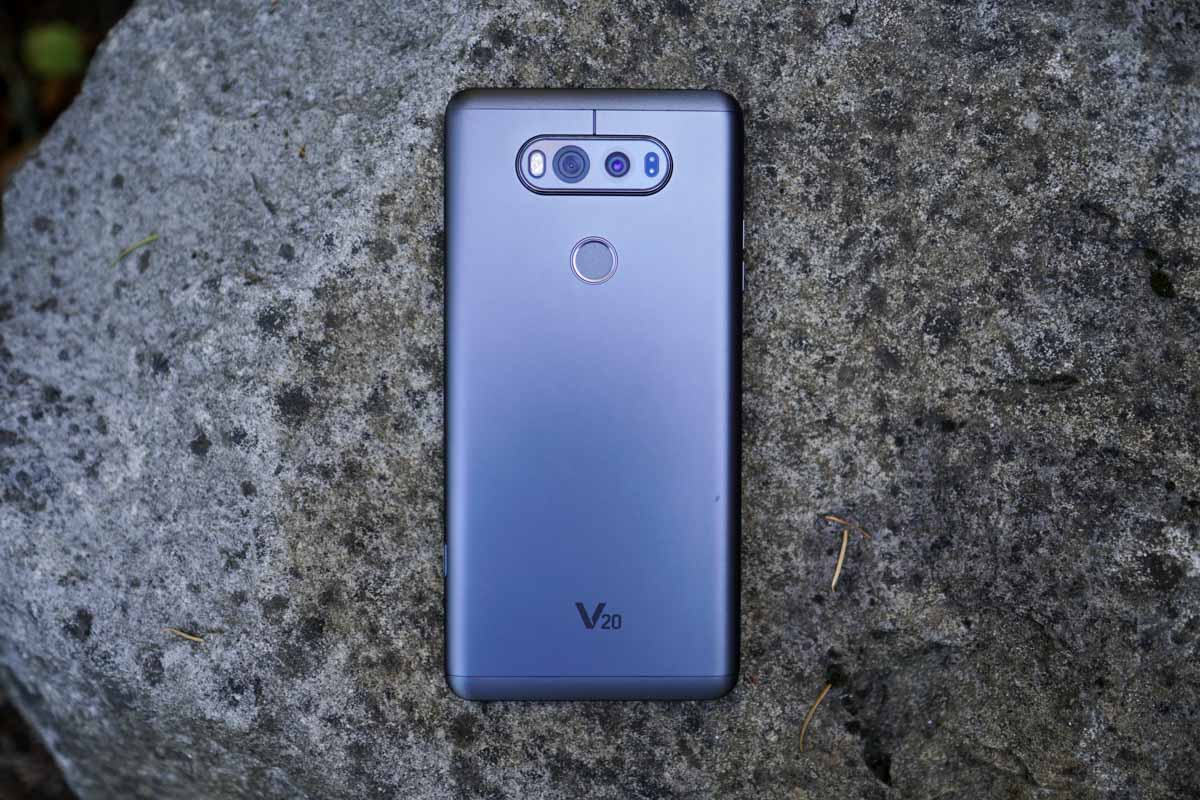 By now, its pretty much a fact that the Galaxy Note 7’s chances of being the best selling phablet of the year are up in flames. So if you were looking for a big phablet, the LG V20 should now be your obvious choice if it wasn’t already. LG V20 has gone live in South Korea a few weeks ago but it still not available elsewhere yet. This is the same problem LG had with the G5. By the time their devices are ready for sale the hype has already dies down. I wonder how much it would hurt them to announce the device when it’s almost for sale.

Well anyways, the pricing details for the LG V20 seem to have leaked regardless. 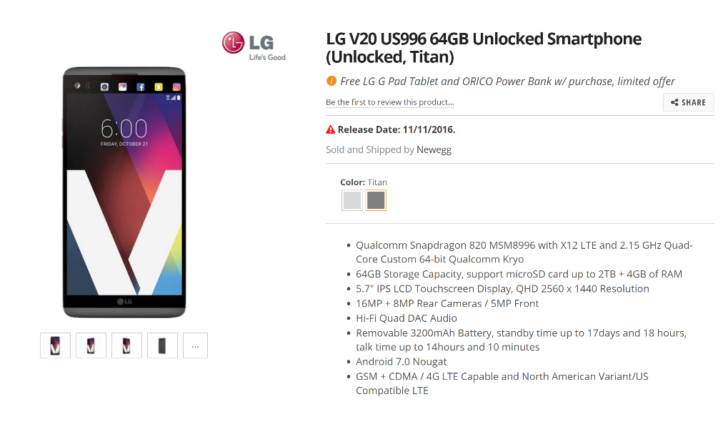 Customers who pre-ordered the V20 from select carriers will get the $150 B&O PLAY H3 in-ear headphones as a launch bonus, and those of you who buy from B&H or Newegg however, will have a $150 LG G Pad 7.0″ tablet thrown in instead. Considering this G Pad’s 800p screen, 1GB of RAM, and 8GB of internal storage, I think you’d rather want the headphones but hey, this LG V20 is also unlocked.

The G Pad’s specs may be weak, but the V20’s certainly aren’t. The phone sports a 5.7″ 1440p display, a Snapdragon 820, 4GB of RAM, 64GB of internal storage, 16MP and 8MP rear cameras, and a removable 3200mAh battery. It’s also got an excellent DAC, and it’s (technically) the first phone to ship with Android 7.0 Nougat. Here’s a comparison of the LG V20’s specs sheet with the competition.

If you’re interested  you can pre-order one from Newegg today or B&H on the 19th for $799.99. Newegg is also throwing in a power bank with the GPad however its capacity is unknown.