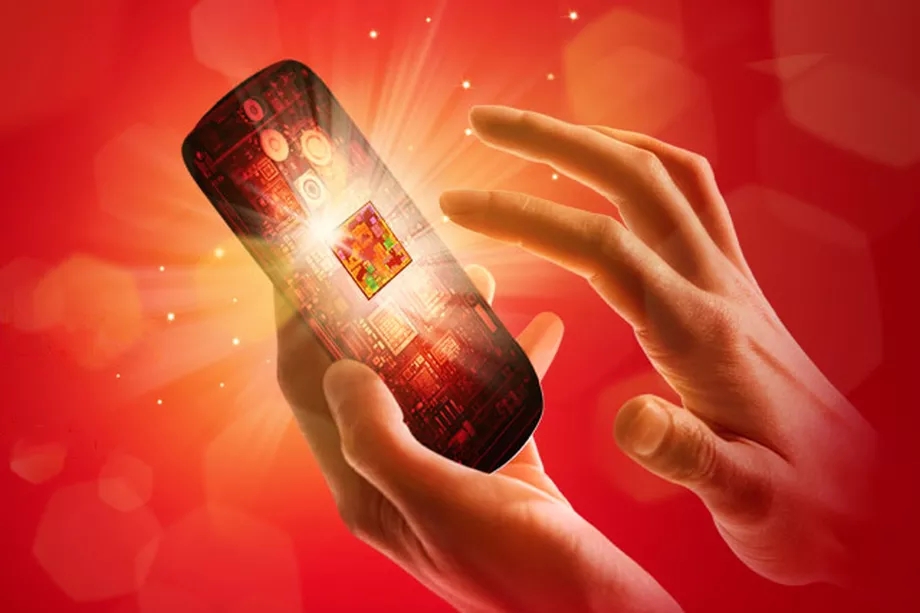 Qualcomm revealed a few details about the Snapdragon 835 back in November and at CES, we’re getting a detailed look at what’s on offer with this year’s high-end SoC.

Qualcomm executives say the company’s next-generation Snapdragon 835 processor has entered production, and will soon power smartphones and augmented-reality devices beginning in the first half of 2017.

The Qualcomm Snapdragon 835 SoC utilizes the custom Kryo CPU architecture found in earlier designs but upgrades the specifications to the latest Kryo 280. With this upgrade, the S835 will feature 4 performance cores running at up to a maximum frequency of 2.45GHz and 4 efficiency cores running at up to 1.9GHz. The SoC also features dual-channel LP DDR4x memory at 1866MHz.

The shift to 10nm means that the overall size of the Snapdragon 835 is 30% smaller than that of the Snapdragon 820, and the node shift brings improvements in energy efficiency to the tune of 40%. Qualcomm is also touting a performance increase of 27% over the previous generation. The smaller design allows handset vendors to build phones with larger batteries or devices with thinner profiles.

Qualcomm is keeping the exact details of its custom CPU design a secret, but has suggested that the licensing arrangement from ARM allows the company to make key changes to the execution pipeline and branch prediction, among other inner workings.

The GPU will also see an upgrade of its own. Qualcomm will ship the Snapdragon 835 with its latest Adreno 540 GPU. The Adreno 540 supports OpenGL ES 3.2, full OpenCL 2.0, the Vulkan Graphics API, and DirectX 12, enabling the GPU to handle high-end mobile gaming for many months to come. Keeping in mind the growing demand for AR and VR content, the GPU in the S835 is built to handle scenarios of high performance while constraining thermal limits and thus maintaining battery efficiency. The Adreno 540 GPU displays 60X more colors and is 25% faster at 3D rendering than last year’s Adreno 530, leading to more immersive visuals.

Qualcomm’s Quick Charge technology will be seeing massive improvements with the introduction of the Quick Charge 4.0 specification. This improvement claims up to 20% faster charging and up to a 30% higher efficiency compared to Quick Charge 3.0. 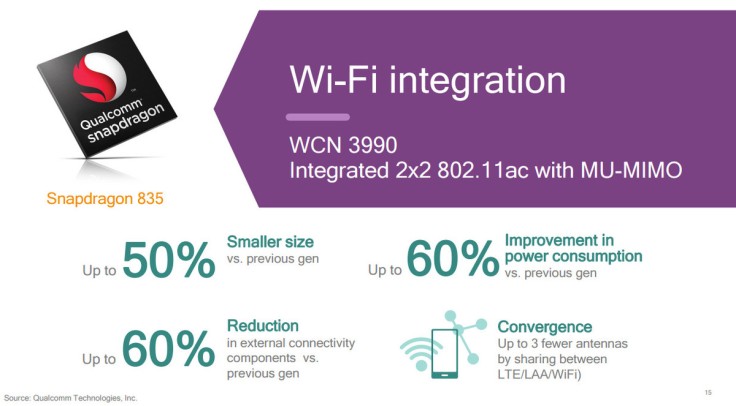 On the connectivity side of things, there’s the Snapdragon X16 LTE modem, which enables Category 16 LTE download speeds that go up to one gigabit per second. For uploads, there’s a Category 13 modem that lets you upload at 150MB/sec. For Wi-Fi, Qualcomm is offering an integrated 2×2 802.11ac Wave-2 solution along with an 802.11ad multi-gigabit Wi-Fi module that tops out at 4.6Gb/sec. The 835 will consume up to 60% less power while on Wi-Fi.

Security enhancements have also been made with the next iteration of Qualcomm’s high-end Snapdragon SoC. Qualcomm has unveiled what the company calls the “Qualcomm Haven Security Platform“, which improves biometrics and device attestation security measures. The platform provides support for hardware-based user authentication such as for fingerprint, eye, and face-based biometrics as well as improved device attestation measures for mobile payments, enterprise data access, and personal data storage.

The smartphone upgrade wishlist has remained largely unchanged over the last several years. Our handsets should be faster, and thinner, and eke out as much battery life as physics will allow.  Qualcomm’s latest processor, the Snapdragon 835, lets device manufacturers check all of those boxes, but it also adds a healthy dollop of future to the mix. This is a processor built for next-generation connectivity, photography, and virtual reality—and it’s not just for smartphones.

Qualcomm said it will partner with Volkswagen for the company’s 2018 and 2019 model years, providing basic connectivity and compute capabilities. The next step is autonomous driving, which Qualcomm and a host of different companies are attacking from different directions. Qualcomm, with its emphasis on connectivity, plans to partner with Ericsson to engage in “V2X” field trials this year. V2X, or “vehicle-to-everything,” uses cellular radios to communicate routes and velocity to allow cars to “sense” threats that the driver cannot see.