Google Hangouts has been an excellent communication service for its many users. While Hangouts did not see as huge a user base as Microsoft’s Skype or other competing platforms, it still managed to carve out its niche. Unfortunately though, Google has decided to reboot its efforts at messaging apps again with Allo, Duo and Messenger, all of which are mobile only unlike Hangouts, while Hangouts takes a backseat, much like Google’s previous efforts. Mountain Veiw has no plans to kill the service though, instead the company is wanting to shift its focus to the enterprise customer.

The company has started moving towards that goal as Google has decided to shut down Hangouts API for third-party developers. Taking things a step further, Google has introduced an update to Google Hangouts on the web which makes it easier to create a new group chat. 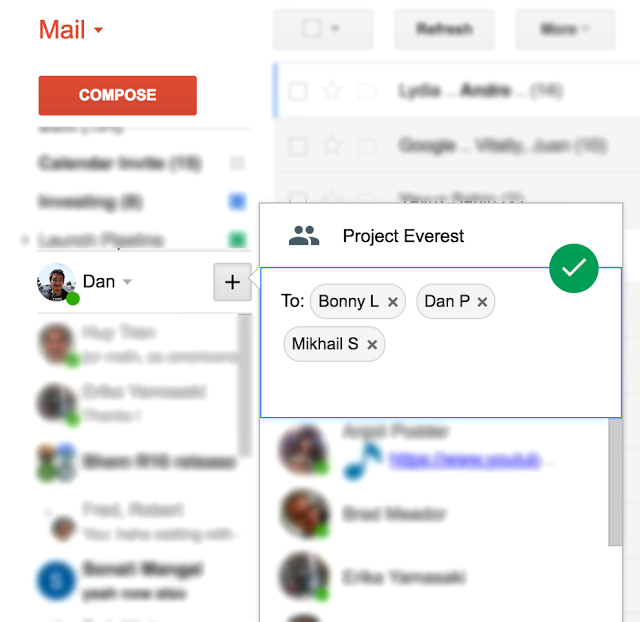 This change is currently rolling out to both the standard Hangouts website and Chrome extension, as well as within the Gmail web interface. It should be available for all users within the next 1-3 days if it is not available already.

For the Gmail interface, users will notice a new “+” button next to the Hangouts contact list, whereas for the dedicated Hangouts website or the Chrome extension, there is a “New Conversation” button. Compared to the previous version where the user would have to create a chat and then adjust names later, the new update helps the user create a chat, change the name, and even invite members in a single go. It’s a small change, but it makes setting up a new chat quicker than it previously was.

This new feature has been designed to simplify how quickly people can create conversations for collaborative projects, as illustrated by the screen images on Google’s blog. Google Hangouts has its origins in the Google Talk service and application and has appeared on Android devices for a number of years now. It has also been evolved, with new features being added or removed, such as SMS integration being first introduced and subsequently removed.